New Zealand (268,021 km2) is made up of 2 main islands, North Island and South Island with over 700 smaller islands. The population is 5,127,100. The capital city is Wellington (pop 506,814) and the largest city is Auckland (pop 1,571,718)   and the two official languages are Māori and NZ Sign Language. The most spoken languages are English, te reo Māori, Samoan, Northern Chinese (including Mandarin), and Hindi.

The legal framework related to Health and Safety at Work

The HSWA is regulated by WorkSafe New Zealand and other functions are carried out by designated government agencies who have been designated to carry out health and safety functions for certain sectors.

The New Zealand Occupational Hygiene Society (NZOHS) is a network of occupational hygiene professionals who further the practice, professionalism, and recognition of the industry.  It was officially launched in 1994.  Our Membership is made up of Professional Occupational Hygienists either working for large companies, private consultants, or for WorkSafe NZ.  The Society has also welcomed into its midst, NZOHS Associates, a larger number of people who are working in the field of health and safety but have only a part time interest in Occupational Hygiene.

The population density is 18 per km2. One third of the population live in rented accommodation, 87% in urban areas. New Zealand’s unemployment rate is low.

The demographic evolution of New Zealand is characterised by the ever rising average age and a relatively high proportion of foreigners. As a result of a lower birth rate and rising life expectancy (men reach an average of 80, women 84) the aging process will probably increase in the next few years. 15% of the people are older than 65 years of age.

Out of the 2.9 million workers, 47% are women.  Small and medium-sized enterprises (of less than 50 employees) account for 99% of all businesses in New Zealand. Industries are broken down into four broad groups: Goods producing, Primary, Service and Tax on production.

In the goods producing you find construction wit agriculture, forestry, fishing and mining in the primary sector. Services are well developed in the hotel and restaurant trade and transportation, health care as well as banking.

In 2020 the number of work-related ill health estimates that there are 750 – 900 deaths per year and an estimated 5000 – 6000 hospitalizations each year.  Reported calculations show that acute injuries (including fatalities) account for 11% of annual work-related disability-adjusted life years (DALYs) lost. Musculoskeletal harm accounts for 27%, mental health harm 17%, cancers 16% and respiratory harm 14%. 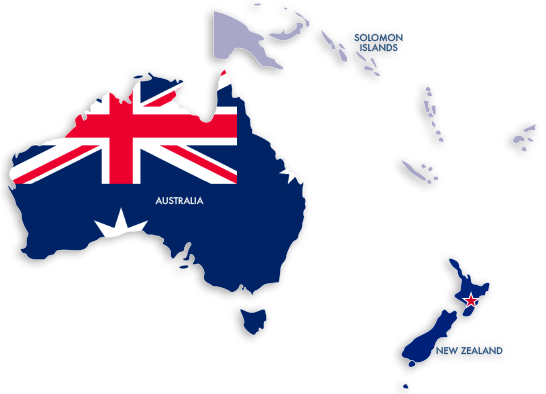