Switzerland (41,300 km2) has been an independent confederation since 1291. The capital city is Bern (128,000 habitants), and the official languages are German (spoken by 64% of the population), French (20%), Italian (6%) and Romansh (1%). The remaining 9 % foreign languages (spoken by different foreigners).The Swiss confederation comprises 26 cantons. Switzerland does not belong to the European Union but has agreements on a lot of different issues.

The legal framework related to Health and Safety at work

The legal system is rather complex and relies on two main laws. The first one is the Federal Labour Statute of 13.03.1964 and covers the general principles of health and safety as well as social issues such as the hours of work, night work, protection of maternity, etc. This law is enforced by the cantons (cantonal labour inspectorates) and an overall surveillance is done by the federal government (seco : State Secretariat for Economic Affairs). The second one is a specific social insurance law related to the prevention and compensation of accidents and diseases; it is enforced by a non-profit organization with a tripartite Council, called suva, the German abbreviation for “Swiss Accident Insurance Company”, under the control of the government. Given the complexity of these two main laws, enforced by different actors, a federal coordination commission has been created in order to facilitate the collaboration between the different partners.

Figure 2: Legal framework for health and safety at work

The influence of the EU legislation (Directives for instance) is indirect but important. The Health and Safety at Work Directive 89/391 (Framework) has been adapted to the Swiss system; it introduced the requirement for companies with relevant occupational risks to ask for the assistance of an expert in Health and Safety2.

2 The literal translation of this “directive” is : Directive related to the call to occupational physicians and other experts in safety at work.

Although Switzerland spends a large portion of its GDP on social welfare (29,5% in 2005), occupational health is not promoted on a large scale. In June 2006, the Swiss representatives at the International Labour Organisation were indeed the only delegates to oppose the convention No 187 related to the Promotional Framework for Occupational Safety and Health, accepted by 178 countries.

The participation act, a law dating from 1993, allows workers to be informed and to express their opinions in the enterprise’s decision with regard to safety at work.

The Swiss Society of Occupational Hygiene

In 1985 a small group of Occupational Hygienists founded a Swiss section of the American Industrial Hygiene Association, which became in 1989 the Swiss Society for Occupational.

There were about 60 trained hygienists registered in Switzerland and belonging to the Society in 2007. On the whole, the Society, which admits people who have been trained in other fields, had 127 members in 2007. Membership is stable.

The Swiss Society of Occupational Hygiene is a member of SuissePro, the central occupational health association (federation) in Switzerland, comprising four professional societies (occupational physicians, safety experts, experts in ergonomics and hygienists) as well as two groups linked to the geographic repartition (French-speaking and German-speaking groups) and two scientific commissions.

The main activities of the Swiss Society are to organize meetings, exchange experiences and support multidisciplinary collaboration with the other professional societies. It also participates to hearings or legal consultations in order to promote occupational hygiene.

Switzerland has no occupational safety and health (OS&H) organism dedicated to research and education on a national scale. However, the Institute for Work and Health, in Lausanne, fulfils this function on a regional level, in the French speaking part of the country. Related to the universities of Lausanne and Geneva, the institute in Lausanne organizes, in cooperation with the Federal Institute of Technology in Zurich (ZOA: Centre for Organizational and Occupational Sciences), a postgraduate training (Master of Advanced Studies) to teach and train participants in the fields of occupational medicine, occupational hygiene and ergonomics. Officially recognized, this training programme is the only education available in Switzerland for occupational hygienists. Occupational psychology is taught in some universities but it tends mostly towards human resources management, not OH&S,.

Assessment and consultancy in the OH&S field are provided either by the suva, the Institute for Work and Health in Lausanne or by private companies or experts.

Some large companies have their own OH&S unit but as a whole, the number of these units is very limited and this concept does not belong to the Swiss culture. Indeed, when the ILO introduced in 1985 the Occupational Health Services Convention (No 161), Switzerland did not ratify it.

The standard of living in Switzerland is high. It has one of the highest per capita incomes in the world. The nominal gross domestic product (GDP), adjusted for purchasing power parity of USD 36,200 per capita (2005) is higher than the EU average. The population density is 188 per km2. Two thirds of the population live in rented accommodation, 73% in urban areas. Switzerland’s unemployment rate is low, rarely exceeding 4%.

The demographic evolution of Switzerland is characterised by the ever rising average age and a relatively high proportion of foreigners. As a result of a lower birth rate and rising life expectancy (men reach an average of 79, women 84) the aging process will probably increase in the next few years. 16.2% of the people are already older than 65 years of age. Some 20% of the resident population – of about 7.5 million – do not have a Swiss passport; they represent a quarter of the work force – as much as 34% in the secondary sector.

Out of the 4.3 millions workers, 45% are women, more than half of whom working part time. Small and medium-sized enterprises (of less than 250 employees) account for 99% of the 298,700 companies registered in Switzerland; they offer 2/3 of the jobs. The primary sector represents 4% of the jobs, the secondary sector 23.8% and the tertiary sector 72.2%.

In the secondary sector, construction is the most important activity, followed by the electronic and micromechanics industries, machinery, metallurgy, paper and chemical industries. In the tertiary sector, the services are well developed in the hotel and restaurant trade, transportation, health care as well as banking.

In 2006 the number of occupational accidents and diseases was 207,087 for men and 55,296 for women (a total of 262’383 cases), out of the 3,79 million employees covered by the mandatory accident insurance. This corresponds to 69 cases per 1’000 full time workers. 96 fatal occupational accidents were recorded that year and 92 deaths were acknowledged as resulting from professional diseases. 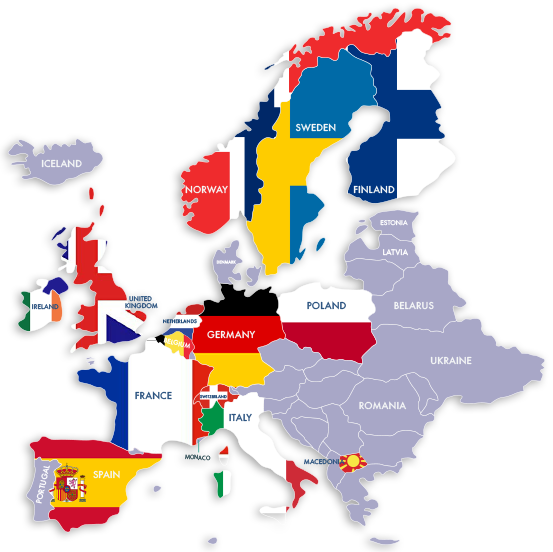